Can India’s gold loan market keep up with consumer demands?
This article was originally published on cnbctv18.com. The author, Nitin Misra, is Co-founder at indiagold. 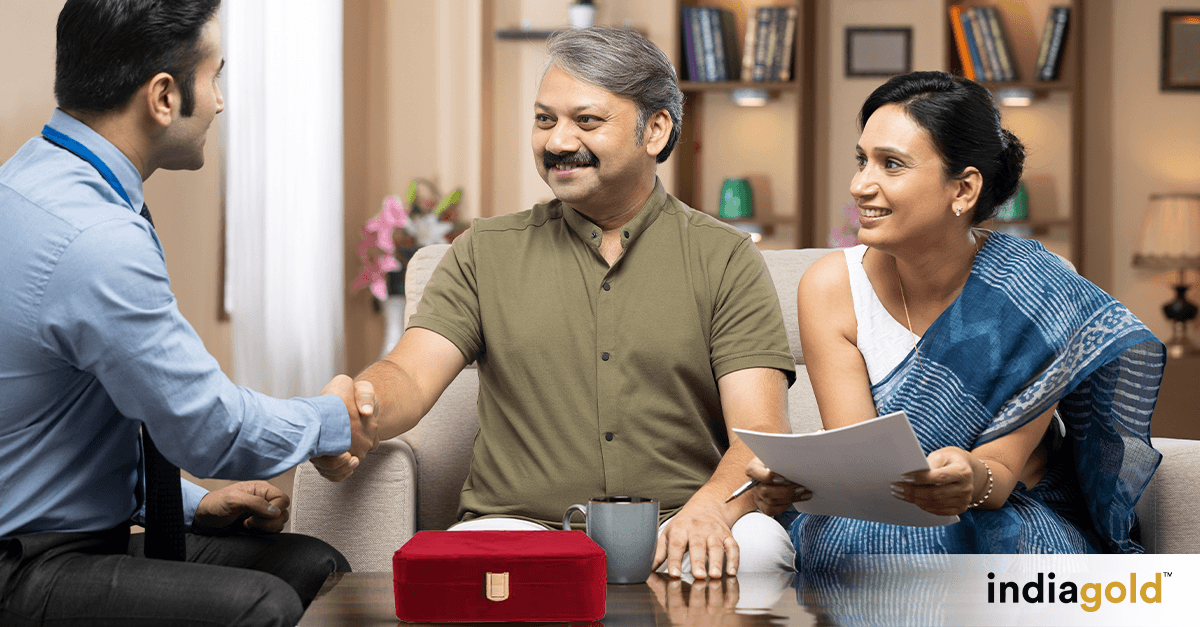 Almost two decades ago tech genius, Bill Gates famously remarked “banks are dinosaurs, they can be bypassed”. Since then, several meteors have landed – from mobile-first internet to cloud-based deployment and automation, but the fact is that those dinosaurs continue to exist.


However, each time these metaphorical meteors landed, they ended up creating massive holes in the ground attracting new fintech players to come around and occupy those gaps.


Take digital payments for example. Until recently, payments and fund transfers were services lying solely in the dominion of banks. The onset of mobile internet did two important things. Firstly, it created the infrastructure required for digital payments to be accessible to all.


Secondly, it drastically increased the average consumer’s expectation from a payments service provider. Fintech players such as Paytm and Phone Pe, backed by a rising Venture Capital ecosystem, were quick to capture the space.


Since then, the digital payments index in the country has gone up from a base of 100 in March 2018 to above 270 in March 2021. Moreover, last month, the Reserve Bank of India (RBI) further announced its intention to allow non-banks access to the Centralized Payments System viz. Real Time Gross Settlement (RTGS) and National Electronic Fund Transfer (NEFT) systems, albeit in a phased manner.


Several other aspects of the traditional banking industry such as loan account opening, credit cards and instant loans are also under pressure from emerging players. Venture-backed neo-banks such as Jupiter and EpiFi have entered the market aiming to provide a better overall banking experience using mobile apps compared to the traditional branch-led model. Retail lending has also seen disruptions with startups like Sachin Bansal’s Navi attempting to make instant credit accessible at the click of a button.


However, there is one niche in the banking world that has proved slightly harder for fintech to crack – the gold-backed lending industry. This is because, unlike unsecured credit, giving a gold loan requires the purity of the gold jewelry, which acts as the underlying collateral for the loan, to be assayed physically by an expert. That is why few fintech players have attempted to disrupt this space, despite the Indian gold loan market, as per a report by the World Gold Council, being expected to grow by more than 250 percent to $105bn by FY 2024.


Note that that forecast number represents just the formal gold loan space which has traditionally been dominated by NBFCs like Muthoot Finance and Mannapuram Finance. The unorganized market, dominated by shadow banks and small jewelers, is estimated to be thrice as big as the formal market – ripe for disruption just like the payments market was a few years ago.


A new breed of fintech startups is attempting to solve this problem by providing a free doorstep experience to customers.


These platforms provide lenders access to customers who can book an appointment with a Loan Manager at their home via the mobile apps. Instead of the customer having to carry the gold to a bank branch, the bank reaches the customer. Think of it this way – before Uber came about, you had to go to a taxi stand to book a cab. Now a cab comes to you. The convenience demanded by customers today is huge! If a taxi is late by 10 minutes, you would cancel it immediately. Now imagine expecting this same impatient customer having to wait in line in a lender branch carrying their gold in a bag – it’s just too cumbersome.


Once they experience a bank representative coming to them to assay and book their loan in under 30 minutes, there’s no going back. They’re glued. The best part is – once this one-time activity of assaying and storing the gold in secure vaults is complete, the customers can keep renewing their loans digitally.


Another advantage of this emerging branchless model is these platforms don’t have to pay for maintaining expensive branches (especially during lockdowns when many were forced and still choose to stay indoors).


Banks have also been quick to realize the benefits of such platforms, especially when it comes to gold loans which is a form of secured credit growth. As the overhang of Non-performing Assets (NPAs) weighs in on credit growth owing to deleveraging by corporates during the covid-19 pandemic, risk-averse banks have shifted their focus away from large infrastructure and industrial loans towards retail loans.


In March 2012, retail loans amounted to 18 percent of total outstanding loans by Indian banks. By March 2021 this had increased to 29 percent - while the loans given to industries dropped from 45 percent to 30 percent. Gold loans are safe and secure bets by banks, allowing them to increase their retail loan book while still maintaining low NPAs.


The gold-backed lending industry is transforming rapidly. Whether the new fintech players will be able to displace the incumbents – only time will tell. But for now, they’re working side by side with the banks – a win-win situation for all.


Article originally written at CNBC TV18 can be referred here.